Poo~Pourri is now sold in 30,000 retail locations including Costco, Target, CVS, Walgreen’s, Bed Bath & Beyond, Ulta, Amazon.com (with 20,000 five-star reviews!). Poo~Pourri earned the Good Housekeeping Seal of Approval in 2013 and an Edison award in 2014. The company has been ranked on Inc.’s 5000 Fastest Growing Companies since 2015 and is certified as a Women’s Business Enterprise by WBENC.

Is this your business?

Claim listing is the best way to manage and protect your business. 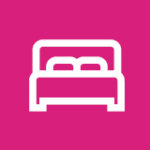